“Ocian in view!  O! the joy,”  were the words ( and spelling) that Clark penned in his journal on November 7, 1805. He was a bit premature – what he had seen was the Columbia River estuary – not the ocean. Never-the-less he was near the end of his trek to reach the Pacific Ocean.

I think I experienced at least a sense of that joy as I followed the river through the Cascade Mountains just hours from my destination. A sudden downpour made for poor visibility, and then a full rainbow appeared in front of me from one side of the canyon to the other.  It was the first of many mental images that I will remember from this trip.

That drive through the Cascades and arrival at Fort Stevens State Park capped a three day journey from Montana which was where I left off in my last column.

Two days before I left Missoula, Montana and followed the Lewis and Clark trail through the Lolo Pass and the dense and rugged Bitterroot Mountains to the confluence of the Clearwater and Snake rivers and then on to the Columbia.

Along the way I made a brief stop at Canoe Camp near Orofino, Idaho where The Corps of Discovery, abandoned their horses and,  with help from the Nez Perce Indians,  burned and carved out dugout canoes for the last leg of their journey to the Pacific.

After a long day on the road, I spent a pleasant night at Hells Gate State Park at Lewiston Idaho. Idaho and Oregon have many excellent state parks with clean, modern restrooms and shower facilities as well as hiking trails.

Dalles is a French word for rapids through a narrow gorge.  Celilo falls near where I camped was just one of a series of rapids through the Dalles.   Lewis and Clark portaged their dugouts or eased them through the rocks with ropes. The Celilo Falls  are now submerged beneath the waters of a reservoir behind the Dalles Dam.

My base of operations on the Oregon coast was Fort Stevens State Park.  Fort Stevens was established as a military earthwork battery in 1863-64  to guard the entrance to the Columbia river.  The park is located at the south shore of the Pacific Ocean at the Columbia River. Park attractions include bay and ocean beaches and wildlife viewing areas.  A number of people have responded to my Facebook posts saying how much they love this park.  One friend even commented that he became engaged to his wife here.

I originally planned to spend two days  at Fort Stevens, but I ended up staying  four days because the facilities are excellent, and there is so much to do and see in the area.

Fort Clatsop, the Corps of Discovery encampment during the winter of 1805-06,  is located just a few miles from Fort Stevens. After arriving at the Pacific, the explorers retreated to the south side of the Columbia river and inland for protection from from harsh weather and the promise of better hunting.

The best place to get literally a bird’s eye view of the mouth of the Columbia River and many of the Lewis and Clark historic sites is the Astoria Column on Coxcomb Hill high above Astoria, Oregon.

Visitors climb the column not only for the panoramic vistas of Astoria and the Columbia River valley, but to fly balsa wood gliders that can be purchased at the park gift shop. I didn’t fly any gliders myself, but I did enjoy watching the kids in one family launch maybe a dozen gliders into the air.  It was fascinating watching the balsa wood planes circle and catch updrafts and float in the breeze.

Astoria was founded  in 1811 by John Jacob Astor as a fur trading center.  It is the oldest city in the United States west of the Rocky Mountains.

One of the attractions that kept me at Fort Stevens longer than I had planned is the Oregon coast.  The rusting remains of an English sailing ship that ran aground during a storm in 1906 is a popular attraction at  Fort Stevens ocean beach.

Just south of Fort Stevens is the beach town of Seaside where the Corps set up salt works to collect salt to season and preserve meat for the voyage home.

South of Seaside are Ecola State Park and Cannon Beach. Members of the Corps hiked over Tillmook Head to seek the remains of a beached whale, and to purchase whale oil and blubber from the local Indians.

I particularly enjoyed the magnificent views of the surf surging through rocks at Indian Beach at Ecola State Park with the Tillamook Head lighthouse in the distance. “Terrible Tilly”  – so nicknamed because of its exposure to  massive storms waves was commissioned  in 1881 to guide ships entering the Columbia River and was replaced by a whistle buoy in in 1957

Leaving the Columbia River and Oregon, I followed along the coast to Olympic National Park and then began my journey back home by way of Glacier National Park.

Astoria Column. The 125-foot-tall column overlooks the mouth of the Columbia River. The column was built in 1926. A 164 step interior spiral staircase ascends to an observation deck at the top. The Dalles is a French word used to describe the narrow rapids along the Columbia River. A series of locks and dams now make the river safe for navigation.

Waves roll in to Cannon Beach, OR.

My Tacoma and Four Weel Camper on the beach at Fort Stevens, OR.

View of the mouth of the Columbia River from the Astoria column high above Astoria, OR. 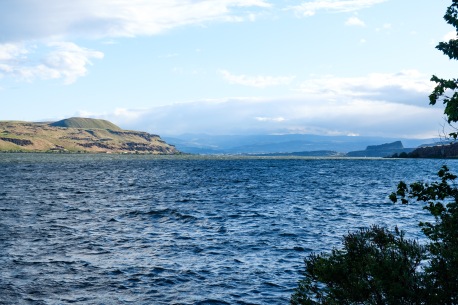 My Campsite at the Dalles on the Columbia river.

Sunset on Fort Stevens Beach, OR 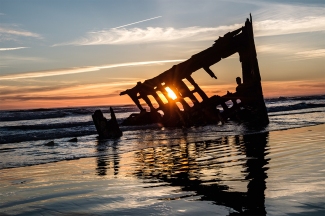 The Peter Iredale shipwreck on the beach at Fort Stevens State Park. The English sailing ship ran aground during a storm in 1906.

Haystack Rock on Cannon Beach, OR

Columbia river at the Dalles. 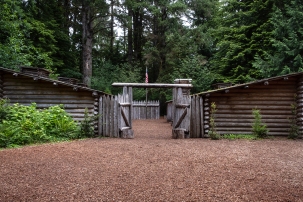 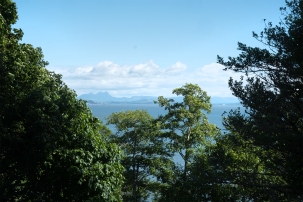 View of the mouth of the Columbia River from Cape Disappointment.

The Tillamook Rock lighthouse gained the nickname “Terrible Tillie” because of its exposure to fierce storm waves. The lighthouse was commissioned in 1881 and replaced by whistle buoy in 1957. 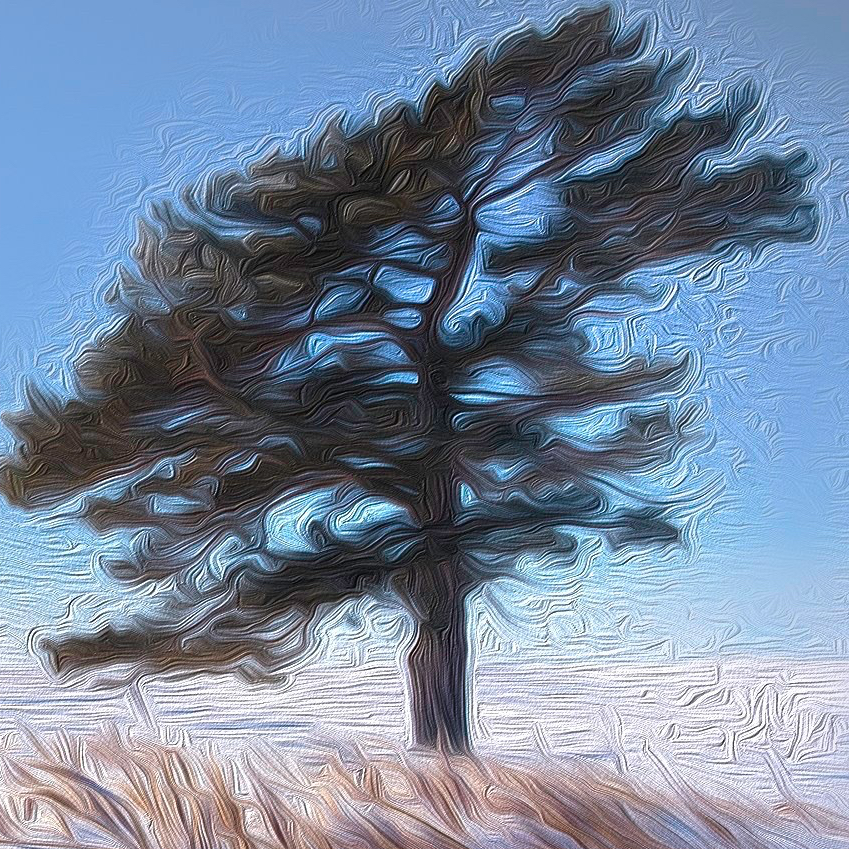 Fort Calhoun, Kennard, Blair fire at Lake Arrowhead for ice rescue training.
The best thing I did on Veterans Day was make this picture of WWII Navy Veteran And true CORNHUSKER Ted Martin. Ted has competed in state and national hand cornhusking contests for many many years.
Roz in autumn light.
Bye, bye butterfly!
Moo
Semi-tractor trailer in flood waters at First and Bell streets in Arlington.