During March and Early April, the Platte river valley between Grand Island and Kearney is the staging area for the spring migration of sandhill cranes – one of the last great migrations in North America. At dusk faint cries and chatter get louder and louder as the sky fills with wave after wave of birds fly in from the fields  in from the fields and land on the sandbars. At dawn the sight and sound of thousands of birds taking to the air in one big woosh is spectacular. For thousands of years these ancient birds have been making this journey. In the last half dozen years I have been joining the thousands of visitors who migrate to the central flyway to experience this natural wonder. 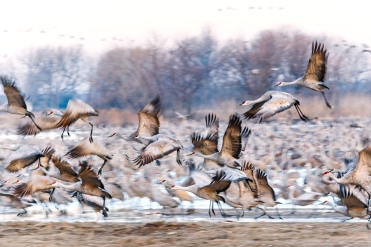 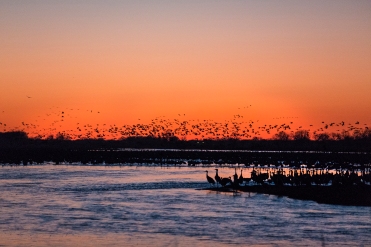 Sandhill cranes converge on the Platte River at dusk